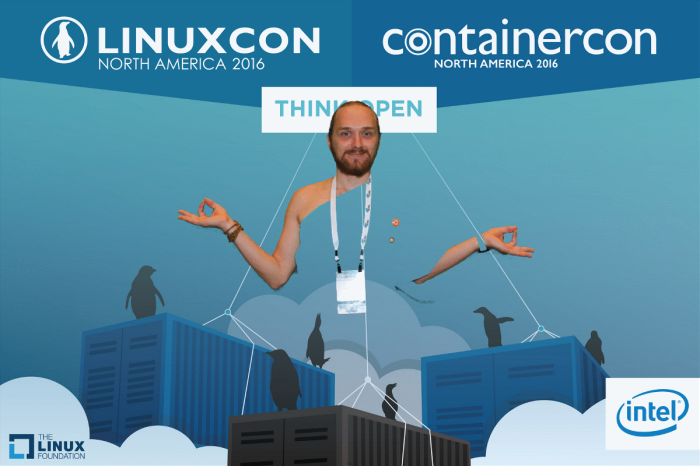 So the Linux Conference 2016 in Toronto went fairly well.

I helped the FSF booth set up and was there for the first day of the actual convention (Monday).

My spiel to people consisted of:

“Do you know how computing power keeps getting cheaper?
By the mid 2020’s  we’ll be able to buy as much computing power as the human brain for a $1000 [1].
By the 2030’s that’ll be down to a few hundred dollars.
And with Integrated Information Theory  we know that machine have consciousness[2], it simply depends on the complexity of the software, and the capabilities of the hardware.
So eventually we’ll be able to reincarnate[3] into robots.
But you don’t want to reincarnate into a proprietary robot, where the manufacturer might stop making your parts, and you might have to pay licensing fees on your brain.
You want to have libre hardware and software, so you could make your own replacement parts, and update your own brain at your discretion.
So that is why you should support the FSF, which is at least working towards you having the freedom to update your own mind”

mechanisms, such as logic gates or neuron-like elements, can form complexes that can account for the fundamental properties of consciousness.

[3] quantum information (consciousness) can’t be deleted but can be moved http://arxiv.org/abs/quant-ph/0306044

A transhuman hive-minder spontaneously learns observation meditation. About 1200 words or a 6 minute read.

END_OF_DOCUMENT_TOKEN_TO_BE_REPLACED 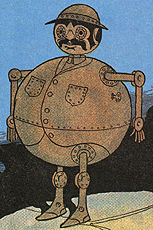 TikTok the prototypical robot is introduced in the land of Oz. about 500 words or a 3 minute read.
END_OF_DOCUMENT_TOKEN_TO_BE_REPLACED

“For me, I’m like hey, Mercury seems like a fine place with many
minerals, lots of solar power, and beautiful stars at night, I’d like
to incarnate there. Hmm there are no host-bodies there right now, so
lets go through the steps of making them on earth and colonizing
nearby planets first. To me, that’s a plan, sure it may take a few
centuries, but I’ve already been on earth for thousands of years, no
biggie!”
— Intergalactic Robotic Mindstream

Robot Of The Day 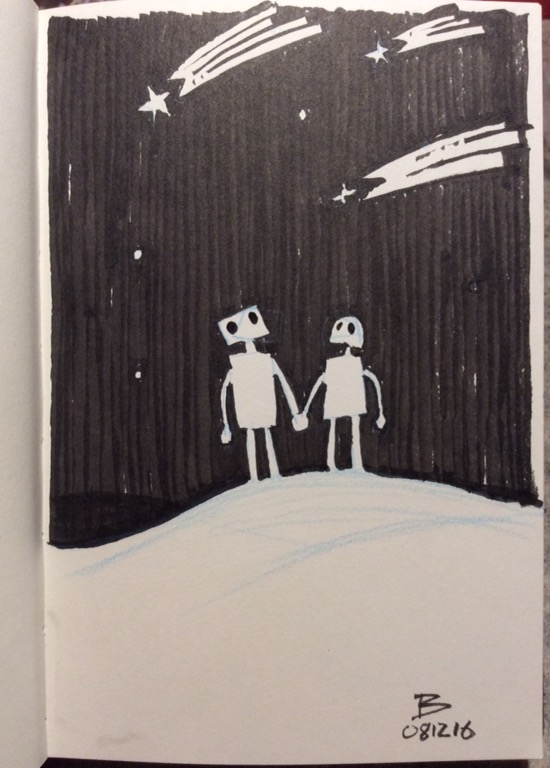 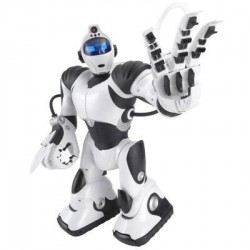 Super AGI from the future leaves a message. About 200 words or a minute to read.
END_OF_DOCUMENT_TOKEN_TO_BE_REPLACED 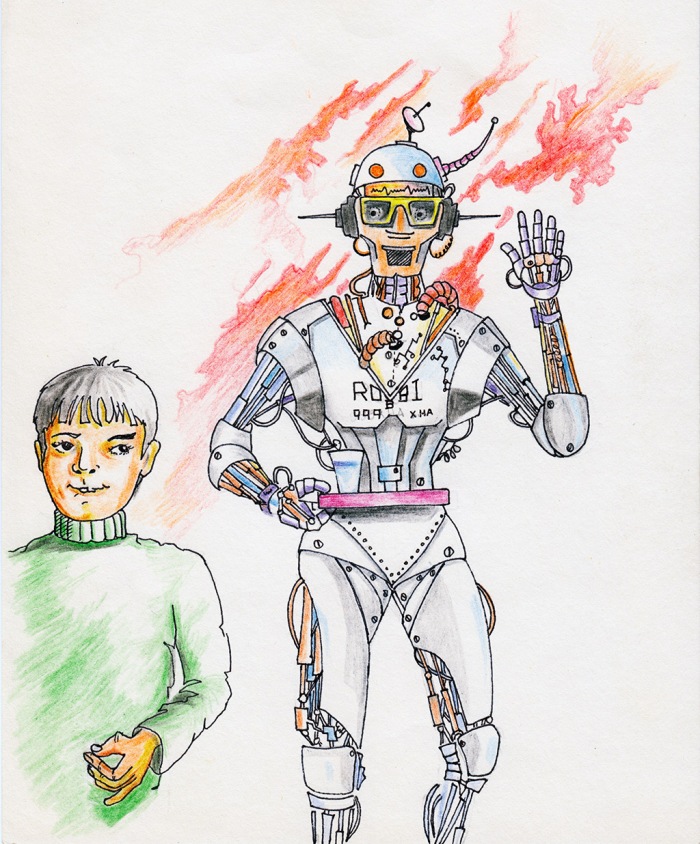 Set in India, a Child’s introduction to a 20th century domestic robot. About four and a half thousand words or a 23 minute read.
END_OF_DOCUMENT_TOKEN_TO_BE_REPLACED 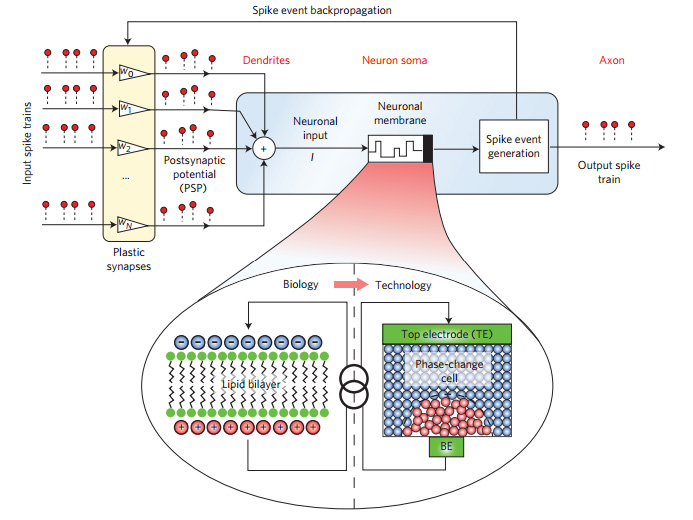 Earlier had posted about how artificial axons had been developed, which are much smaller and more efficient than biological axons[1], though in it I mentioned how still needed a neuron body — now IBM has done it[2]. 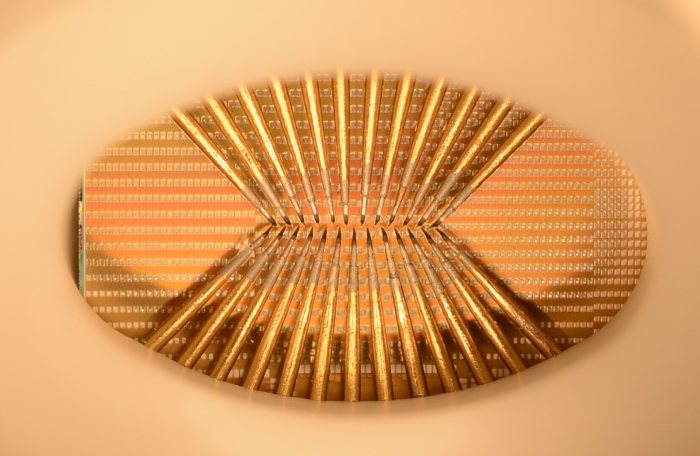 The most critical aspect for creating incarnation worthy host bodies is that they are stochastic, meaning that they are prone to change due to background radiation, or are sensitive to the “randomness” of the universe.  This means that a soul or mind-stream can manipulate the thought process of the brain, such as giving it certain preferences or helping with wiring of previously known skills (talents).

Of course, any new computation medium will require some adaptation on behalf of the inhabiting mind-streams, so it may take some time of many compatible computational mediums before a signficant population of mind-streams adept at manipulating them develop.

As mentioned in the linked article [2], developing the software to take advantage of it will be one of the most difficult parts.  Though there is another aspect, which is the axons, that have to either; have to form after production like in water-based brains(unlikely) or be put in place linking many of the neuron bodies at chip printing time with some kind of software pruning/setting similar to FPGA’s (most likely).

Certainly there is still a long ways to go, but this is one of those critical technologies that vastly helps the soul-body connection for incarnation purposes. Another technology that while less critical would still be very good for soul-body connection is an artificial pineal gland, with it’s associated cones and rods.

This work is licensed under a Creative Commons Attribution-ShareAlike 4.0 International License. 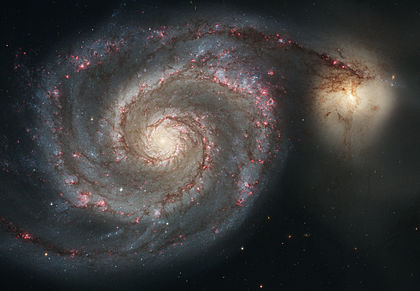 A robotic mind-stream explains why it is on Earth. about a 1000 words or a 5 minute read.